An MMA fighter trained in the martial arts would easily beat a bodybuilder. When it comes to fighting, technique is more important than strength. Although MMA fighters need to be strong, they would beat bodybuilders because they have actual fighting abilities.

This article will explore the different factors that contribute to somebody winning a fight, how a punch delivers its power, and explain why an MMA fighter would most likely kick the bodybuilder’s ass in combat sports.

The first thing that may come to mind when thinking of who would win a fight is who has the strongest punch? It makes sense that someone with a strong punch is going to be dangerous in a fight. And it would make sense for you to assume a bodybuilder could have a stronger punch than a much lighter MMA fighter. But what determines punching power?

Punching power does not come from having big biceps. The power of the punch comes from your legs (surprising, right?). But it is the specific movement of the entire body that contributes to delivering a strong punch. If you watch professional fighters when they fight, you’ll notice that when they throw a punch with their right hand, they twist their right leg. This is because the punch is not thrown from the arm, as it may seem; it is thrown from the leg.

From the leg, the power channels through the core, then through to the chest, to the shoulders, to the forearms, and finally, the force is delivered through the fist. The correct movement from leg to fist is what makes a strong punch. So a bodybuilder may have huge muscles, but if he hasn’t learned how to move his body correctly, the power of his punch won’t even compare to the MMA fighter’s punch.

What Makes a Good Fighter?

So, we’ve established that a strong body does not necessarily mean a strong punch. But having a strong punch doesn’t mean you’ll win the fight. Other factors contribute to somebody winning or losing the fight.

You could have a strong punch, but if you don’t know how to defend yourself, you’ll need to rely on an early knockout to win the fight. One thing which makes great fighters great is they are very good at defense. Having good defense makes you dangerous in a fight. If you want to see this in action, watch this video of Demetrious “Mighty Mouse” Johnson showing off some truly impressive defense:

Again, a bodybuilder may be strong, but he hasn’t been trained to read a fighter’s body language to anticipate when he’s going to punch and what kind of punch he’s going to throw. While the fighter is dodging punches, the poor bodybuilder takes punch after punch, relying on resilience and a lucky knockout to get him through the fight.

A well-placed punch can do a lot of damage. Lacking precision in your punch means you’re going to waste a lot of power. A trained fighter has practiced thousands of punches, meaning if he wants to hit someone in the nose, he’s a lot more likely to succeed than the bodybuilder.

Another spot the fighter can successfully reach is the chin/jaw – this is the spot that often results in a knockout. The human brain floats inside a liquid in your head, so if you hit someone in the chin, their brain bounces inside their skull and can cause trauma (fun fact about your brain: it doesn’t like bouncing in your head, it much prefers floating calmly).

By the way, if you’re a fighter yourself (or are interested in learning to fight) and you’d like to improve your precision, the Champs MMA Boxing Reflex Ball . What I love about it is the simplicity of its design and its effectiveness. It will train you to hit a small, moving target; therefore, train your reflexes, allowing you to practice your punches simultaneously. 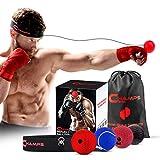 MMA fighters are trained to be multi-dimensional fighters, meaning they are trained in many different fighting styles (hence the name Mixed Martial Arts). One of the parts of MMA is takedowns and ground control, otherwise known as grappling.

The average bodybuilder has not trained in grappling, so all he will most likely be able to do is push, shove, and perhaps try to get his opponent in a headlock. On the other hand, the MMA fighter will be proficient in many different grappling techniques, including submission holds, clinching, takedowns, throws, controlling techniques, escapes, and turnovers.

Here’s an analogy to drive this point home: if this fight were like a project to build a wooden shed, the MMA fighter would have access to an entire construction site and a workshop. The bodybuilder would be working with a hammer and nails.

Knowing How To Take a Punch

Another factor contributing to someone winning or losing a fight is, do they know how to take a punch? The bodybuilder may look very strong and have little body fat to match, but it doesn’t mean he can take a punch. A prime example of this is Brock Lesnar vs Alistair Overeem at UFC 141. Lesnar had been dominating the Heavyweight division prior to this taking bodies at will, but when matched with a similar-sized opponent that had supreme striking, he was fumbling across the Octagon throwing awkward jabs in fearful defense.

Muscle does not equate to high pain tolerance, but the MMA fighter has been trained to deal with a punch’s pain. He’s also been trained to keep a poker face after the punch, which is important since it doesn’t give his opponent the confidence he would have if he saw he had hurt him. It can also be demoralizing when you punch someone with all your strength, and you see he didn’t even flinch.

Getting punched takes a lot of energy out of you. MMA fighters don’t just do strengthening exercises; they also do tons of cardio. You need to be extremely fit to be a fighter, but you don’t necessarily need to be fit to be a bodybuilder – you need to be strong. So when the MMA fighter takes a punch, he’s much more likely to bounce back quicker than the bodybuilder.

What if the Bodybuilder Were Trained in MMA?

Although I’ve stated that the MMA fighter would beat the bodybuilder, if the bodybuilder also happened to be trained in MMA, it would be a different fight. I mean that although skill trumps strength, strength definitely has an impact, so if two fighters had the same level of skill, the stronger one would most likely win.

The muscles useful for fighting are specific, so if you go to the gym and get strong, you won’t necessarily develop the muscles to help you be a better fighter. To reap the maximum benefits of the extra strength, you would have to train specifically for fighting.

Whilst few bodybuilders have entered the world of MMA, we’ve seen a 5 time Worlds Strongest Man do it. Mariusz-Pudzianowski who currently sits at a record of 13-7 had a lot of success smashing his opponents with speed and power. Whilst he had to cut some weight and get into shape, he took charge of his new career as a martial artist and entered the division with decent cardio, he did brawl like a street fight in the early days. Landing a single punch would send his opponents flying across the ring.  As a martial artist with a well-known background, he improved his reputation, record, and shape as switched up his squats for leg kicks and earned KO after KO.

I think we’ve established that as long as the MMA fighter is well trained in combat sports, he would beat the body builder so bad that protein powder would start exploding out of his nose. Going back to my analogy about the wooden shed, it’s not just that the MMA fighter has access to a much broader range of tools, but he’s also been extensively trained to use those tools.

The body builder may feel proud to show off his guns, but if he steps in the ring with the deceptively smaller MMA fighter, he stands no chance.