You may have seen movies where the main character, a martial arts expert, must register himself as a deadly weapon. While it’s entertaining to watch, and makes sense to a certain extent, in real life, do martial artists actually have to register as weapons?

Martial artists do not have to register as weapons. The only place that requires martial arts experts to register as deadly weapons is Guam, a U.S island territory in the Western Pacific, with a population of 165,000.

In this article, I will talk about the island in the pacific that requires martial artists to register as weapons, discuss the criminal implications of beating someone up, and finally, explore what would probably happen if you tried fighting a martial artist. Let’s get into it!

Guam is a U.S territory in Micronesia, a collection of thousands of small islands in the Western Pacific Ocean. The law in Guam states that “any person who is an expert in the art of karate or judo, or any similar physical art in which the hands and feet are used as deadly weapons, is required to register with the Department of Revenue and Taxation.”

If you are a martial arts expert in Guam and have not registered as a deadly weapon, you are breaking the law. And if you have been found guilty of using your martial arts training to fight somebody, you will be convicted of aggravated assault. This is important because aggravated assault is often considered a felony, meaning the consequences are more severe than assault, typically treated as misdemeanors.

Although the rest of the world doesn’t seem to agree with Guam’s stance on martial artists, there is some logic in it. Aggravated assault typically involves a weapon, meaning the person with the weapon has a significant advantage over the person he is attacking and has the potential to do a lot more harm.

But imagine somebody who has been training in martial arts for the past 20 years. Picture this person fighting a random guy in the street. He’s going to demolish him absolutely, right? His training and experience would probably give him just as much of an advantage over his opponent and give him the ability to do just as much harm as if he were holding a baseball bat.

What Are the Criminal Implications of Using Martial Arts in a Street Fight?

So we’ve established that you don’t need to register yourself as a weapon unless you happen to live in Guam. But what happens if you use your martial arts training in a street fight?

Well, the consequences of harming somebody if you have been trained in martial arts are the same as if you haven’t had any training. In my opinion, this is fair because it’s not in the law’s interest to punish someone for the facility with which they have harmed someone, but rather for the act of harming the person.

So if you are trained in martial arts, the law permits you to use your training, as long as it is in the context of self-defense and as long as you use force within reason. You are allowed to use any amount of force that is appropriate to defend yourself from a threat, but if you go too far, you will be prosecuted.

For example, if somebody comes up to you in the street threatening to beat you up and tries to punch you, you can use your training to subdue the threat. You can hit him in the face to knock him down, for example, and then call the police. However, if instead of calling the police, you continue to hit him while he is on the ground and end up killing him, you will face prosecution.

Maybe you’re wondering what the actual consequences are for beating someone up, otherwise known as battery. In case you didn’t know, assault does not imply physical contact but rather a threat of harming somebody. So by threatening to beat someone up, you are committing the crime of assault, and by actually beating them up, you are committing the crime of battery. However, the state of Texas makes no distinction between the two crimes. 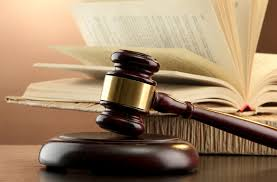 Battery can be treated as a misdemeanor or a felony. Whether it is treated as one or the other depends on the seriousness of the injury caused, the injured person, and whether or not a weapon was used. State and federal laws enforce more severe consequences when the battery victim is a fireman, peace officer, or a member of the government’s judicial branch.

The penalty for battery can vary significantly. In the least severe cases, you can get away with a fine, but you can be sent to prison for life in the most severe cases. As with most things, the penalties vary from state to state. But if you’d like an idea of the consequences for battery in Texas, for example, here they are, according to FindLaw:

What Would Happen if You Fought a Martial Artist?

The whole idea of martial artists registering themselves as deadly weapons, whether fictional or based in reality, came about due to the presumably massive advantage a martial artist would have if he ever got in a street fight with a random person in the street. So what would happen if you fought a martial artist? 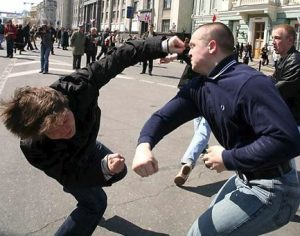 Well, the short story is the fight would not last long, and it would most likely be very embarrassing for you. But let’s look into what exactly gives the martial artist such an advantage. To look at it from a broad perspective, if you get into a fight with a martial artist, you are experiencing something relatively rare to you or new. On the other hand, the martial artist has probably stepped into a ring to fight hundreds of times.

Not only does the martial artist have experience fighting, but he has also most likely had extensive training to perfect his punches, kicks, and groundwork. A mixed martial artist, for example, knows how to attack you with his fists, elbows, knees, legs, and that’s only when you’re standing up. When you’re on the ground, you’re in even more trouble since most MMA fighters know Brazilian jiu-jitsu and wrestling.

So we’ve established that apart from one island in the pacific, martial artists do not have to register as weapons, despite what the movies tell us. We’ve also covered that self-defense has its limits, so just because somebody hit you doesn’t mean you can legally beat them to death.

Martial arts isn’t about being able to beat people up in the street; it’s mostly about athleticism and discipline. Usually, when somebody knows they can hurt someone with their fighting abilities, they don’t just go around trying to prove it to everyone.