When training for MMA, lifting weights is essential. This will build muscle for more powerful punches, kicks, and elbow strikes. Weight training also helps with grappling, whether in isometric holds during clinches or when fighting for a limb to get the submission victory. Fighters should be strong but also skilled, well-conditioned, and be ready for ‘the call’. So this begs the question, how often should we lift weights?

This will depend on the fighter, coach, and workout routine. During the off-season, they might be lifting two to three times a week. This increases muscle mass to get up the next weight division. When preparing for a fight, the amount of time dedicated to weights will drop, letting them focus on strategic drills during fight camp.

Lifting weights form a crucial part of the MMA fighter’s training. How often you should lift weights and the techniques that you use can depend. The rest of the article will go into more depth into strength training for the MMA.

How Frequently do MMA Fighters do Strength Training?

How often an MMA fighter will often lift weights depends on several factors. One of the most significant factors in this decision is their conditioning level. For example, the fighter might have just finished a grueling three-round war. In this case, they will often need some time to recuperate and avoid excessive muscle breakdown.

This training style will involve big compound lifts such as squats, deadlifts, and power cleans to ensure as much full body activation and growth in the most efficient manner. This style is preferred to isolated exercises such as bicep curls and leg extensions – which only really serve that exercise’s purpose.

The way that fighters change weight classes is by lifting weights. This builds muscle. Because of this, they can spend a lot of time during the off-season on strength training. In some cases, they can have these sessions three or four times a week.

Even if they aren’t changing weight classes, they’ll still incorporate some weight training. This ensures that they will be able to maintain their current muscle mass and strength to bodyweight ratio. Even if they are trying to cut weight, they might still be lifting. Strength training will help to burn fat, prevent injury, and maintain joint health.

The amount of weight training they do will also be influenced by their coach. Many trainers will put together a routine for their fighters. This will dictate what type of activities they perform and the time they dedicate to each component.

When preparing for a fight, the coach will dedicate more time to specific drills. For example, they might want to focus on takedowns over guard passes; or leg kicks with shin guards over liver shots. As a result, there will be less time for activities like weight lifting. At this time, they want to focus on maintaining power rather than developing more strength. If they are already physically strong, they will want to spend more time focusing on fixing weaknesses in technique. 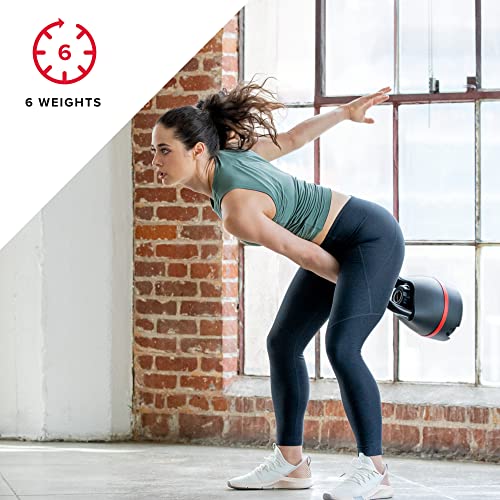 What Percentage of Training Time is Spent on Lifting Weights?

How long each fighter needs to spend lifting weights will often vary. Generally, it won’t be a large component of the training if they prepare for a fight.

Often, the majority of the training session will be spent on fighting skills. For example, trainers will focus on grappling and wrestling ability. They might also want to work on cardio, so you don’t get tired during the match.

In general, fight camps will dedicate around five to six hours a week to sparring. Grappling and wrestling will take up another five to six hours. The cardio workout will take up another fix to seven hours. Weight lifting will often take just two hours. If in a higher weight class, they might want to spend a little more time on weight training to maintain muscle mass.

What are the Best Types of Weight Training?

There are several types of weight training that fighters might use. For example, some people will prefer kettlebells. Others might like to use barbells. The workout will often depend on the athlete.

Frankie Edgar is a former UFC lightweight champion. He’s fought in the UFC since 2007. “Strength and conditioning, if you do it the right way, you should be walking out of that practice feeling good, feel like you got work in, but you shouldn’t be beat up from it.” He prefers to focus on circuit training, allowing him to work on multiple body parts, such as squats, deadlifts, and weighted pullups. When it comes to compound lifts, he loves the deadlift. He also likes to train using resistance bands for speed and explosive strength.

The right type of weight training will depend on your body’s muscle fiber composition. As combat athletes are unique combinations of fast and slow-twitch muscle fibers, you need to tailor-make the routine to best suit you. However, you should avoid one of the most common training mistakes, pushing yourself too hard. According to top UFC trainer Firas Zahabi, you should never want away from the gym feeling sore. He believes that consistency is the most important. If you’re burning yourself out after every session, you will take longer to recover.

Zahabi points out that, by not overtraining, you’ll be able to get in more volume over time. But it can also increase your motivation. According to Zahabi, training should be a “pulling force.” It should be something you enjoy. Because of this, you’ll be more motivated in the gym. If you’re feeling consistently sore or drained after strength or power training, it might be time to pull back a little.

You might want to avoid regularly testing for your one-rep max (1 RM). This is the amount of weight you can lift once with maximum effort. However, it’s essential to know, testing to find it can put a lot of pressure on your muscles. Because of this, coach Sabina Skala says she only tests her athletes for their 1RM once or twice a year.

Why do MMA Fighters Lift Weights?

There are several reasons why a fighter will want to train with heavy weights. First, the more fast-twitch muscle they have, the more power they can unlock. The harder they can punch, the more likely they’ll be able to get a KO. This is especially important for fighters with more explosive training styles.

Heavy resistance training can also contribute to a strong physique. This is most commonly seen around the neck and shoulders but is also important for the glutes and hips. This will develop more durability, so you’ll be able to continue delivering powerful shots throughout the round.

Are There any Drawbacks to Lifting Weights?

When correctly lifting weights, you’ll be able to develop functional strength through compound lifts. But you might not always be able to use this in the cage. When you lift weights, you’ll be using a pulling or pushing motion. However, when you punch, you’ll want to snap. This requires a lot more speed and explosive power. If you don’t train for this, you might find that having large muscles can make you too bulky, slowing you down and leaving you vulnerable to throws and combination strikes.

An example fighter is Brock Lesnar, a huge man with a strong wrestling background. He is 6′ 3″ and weighed in at the maximum end of the heavyweight division at 265lbs. Lesnar was strong, and has a reputable background in lifting weights. However, in his case, the size and strength advantage only got him so far, as he was bested by those who were far leaner, lighter, and had better technique.

The best way to prevent this is by spending a lot of time in the gym, preparing for your opponent’s instinctive movements. This will ensure that you’ll be able to utilize that power. It’s also essential to spend a lot of time training cardio. Bigger muscles will often require more energy to move. A regular cardio workout will ensure that you don’t end up emptying your gas tank in the fight.

Lifting weights is an integral part of the training routine for many combat athletes. It allows them to improve their power and might help them move up to the next weight class. So, while all fighters train, how often they lift will depend on their strength and conditioning coach. If they’re preparing for a fight, they might not lift as frequently. This allows them to spend more time focused on cardio, sparring, and specific drills. Find your weak points, balance your priorities, and focus on recovery to further your MMA career.